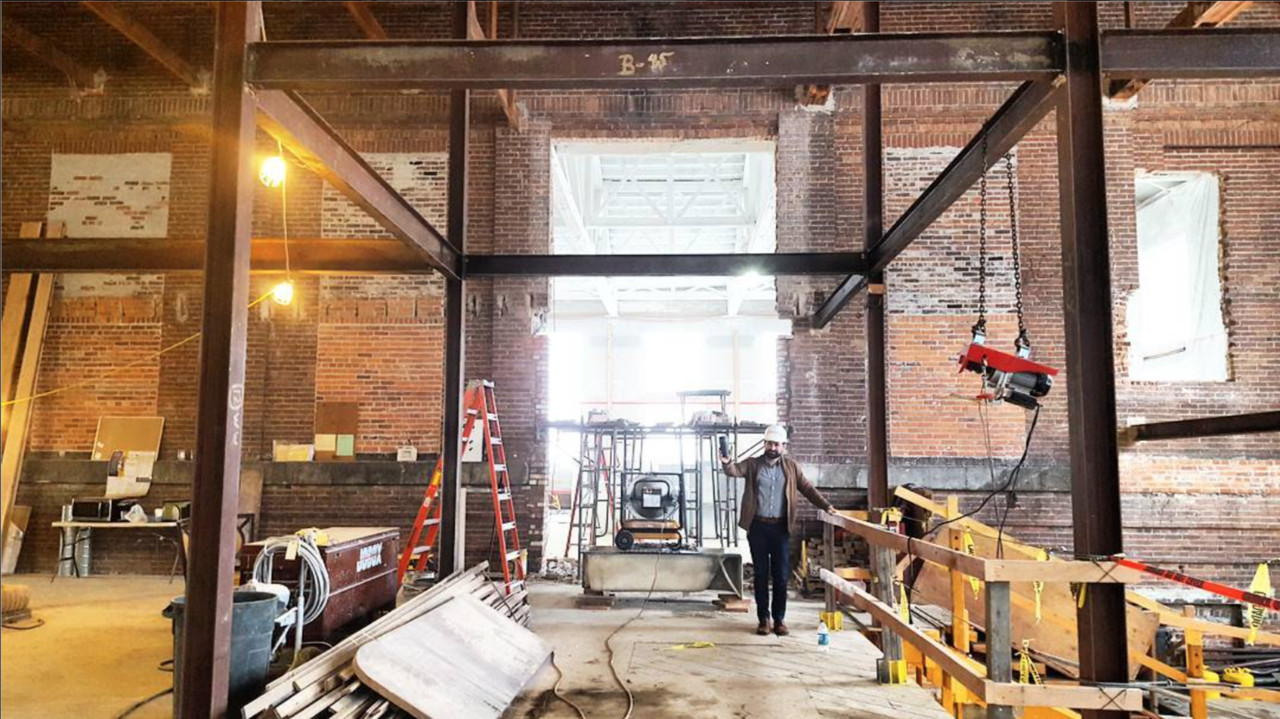 It is hard to imagine this building was sitting abandoned for 27 years, but that was the sad state of this beautiful old Elks Club that is now coming back to life and being called “The Innovation Den”. When you walk into the building, you would think that it is located in SOMA or possibly in the heart of Brooklyn.

Instead, this gem is found by the shores of a lake that National Geographic called one of the 5 most beautiful lakes in the world. Where is this town? It is Coeur d’Alene, Idaho. A city that Google named one of the digital capitals of the United States and Sunset Magazine stated that it is “A resort town that lures outdoorsy techies with a pristine lake and robot-friendly laws.”

Yes, we have passed laws that give robots the same rights as humans on public property. This means no permits to test autonomous vehicles in the mountains, lakes, streets and city parks. According to Allan Martinson, co-founder of robotic delivery startup Starship Technologies, "Coeur d’Alene is the first city in the Universe to give our robots the same rights as humans and intentioally protects them.” All this may seem like smoke and mirrors to attract an industry to another small town, but don’t be fooled by the “neat” effort.

Over $20M in investment dollars have worked their way into tech startups in the area that deal directly with robotics. Recently Boeing bought Liquid Robotics for a rumored $300 million. The award-winning Wave Glider Robot which is the main robot used by Liquid Robotics was co-developed by a local citizen and mad scientist in Coeur d’Alene, Brent Regan. In August every year, there is now one of the premier robotics and AI Think Tanks that is attended by government officials, industry experts, and leading researchers. Even high school students sending a satellite to space and middle school girls sending robots 1,000 feet below sea level and then 100,000 feet into the sky as a data collection effort.

Hopefully, now this massive remodel project makes more sense as to why it is in Idaho. How did all of this happen in a town of 40,000 people?

It all started 3 and a half years ago. After I had spent 8 years building three different startups and spending my time bouncing around SF, Philly, LA, NYC and Seattle I returned home, to Coeur d’Alene. Within months of being back in town with my wife and sons, I realized all the pieces were in place, but it just needed a push. After three meetings, I started The Innovation Collective. Now almost four years later, we have seen more magic than I can even comprehend. Startups popping up, executives from the largest tech companies in the world flying into the town and a city re-energized around an exponential technology. It has rapidly gone from my crazy idea to now a city that is together building the dream.

This building is being renewed by a renovated economy. It is due to the the college dean who swept floors with me in a vacant building, the retired executive from Seattle who saw the vision and wanted to help, the Mayor and city council who were bold enough to pass “silly robot laws”, the woodworker who has reinvented 3D printing by using continuous fiber and creating the fastest and most functional printer in the market and so many citizens who believe they can and then do.

Come see us soon and have a cup of coffee on me at The Innovation Den.